Get to know mañihualina style hospitality; it?s a real lifesaver!

More about that in a bit! First, let’s get you there.

Villa Mañihuales is located along the Carretera Austral (Route 7), 75 km north of Coyhaique and 95 Km south of Queulat National Park, at the confluence of the Mañihuales and Ñirehuao Rivers. It’s a beautiful drive, from either direction, full of rural landscapes brimming with wildflowers, forests and rivers. From the south, you’ll pass stretches of the Coyhaique, Simpson, Correntoso, Aysén, Ñirehuao and Mañihuales Rivers along the route, so if you are a fly-fishing fan, bring your equipment, and if not, bring your camera; either way it’s a drive that’s not to be missed.

The area is lush and green, characteristic of its temperate rainforest ecosystem, with waterfalls in all directions and more than 300 days of rain each year. In an area that receives so much rainfall, the dense forest coverage is important for protecting against erosion and landslides. Without it, the steep slopes would push all that water and debris down into the rivers below; precisely what occurred in this area of Aysén in the early 1960s. During the preceding decades there had been tremendous timbering and clearing in the region, both for the construction of new towns and as the primary driver of the local economy through timber exports. Much of the native forest cover had been removed or impacted, producing a sort of giant ecosystemic game of dominoes that played itself out in the region during May of 1966. The rainy autumn season of this year was particularly heavy, beginning in March and lasting well into the winter months of June and July. By May, the soils were heavy and dense and could take no more.  Water began moving from the high lands down into the valleys and riverbeds, carrying along everything in their path. Landslides and flooding were widespread and especially massive in the rivers of this sector.  The Simpson, Coyhaique, Aysén and Correntoso Rivers overflowed leaving thousands of people trapped and isolated. Puerto Aysén was the city most affected, only 18 blocks remained above water and the channels of the port were permanently altered; the tremendous accumulation of sediments carried downstream by the Aysén River during the May floods filled in the channel making it no longer suitable for large boat traffic.  It had to be decommissioned and relocated to Puerto Chacabuco, 14 km further west.

What happened in Villa Mañihuales?

Well, as we mentioned earlier, Mañihualinos have a long tradition of celebrating together and are happy to turn just about any occasion into a great party. Whether it is a national holiday, a local sports event or a neighbor’s barn raising, this community loves to gather around good food, good music and good times. And on May 21, 1966, this grand community spirit saved their lives! The entire community had braved the rains and gathered in the local Rodeo Club celebrating a national holiday that memorializes the soldiers and naval traditions of Chile. We are talking about 50+ years ago, before twitter, television, or Facebook, so they had no idea of the floods and disasters happening in the rest of the region or the danger they were in. Naturally, it came as a complete surprise when suddenly, on the other side of the Ñirehuao River, the towering mountains gave way, producing an enormous landslide that pummeled down, straight through the center of town, destroying everything in its path; the village, the houses, the school and other public buildings. Miraculously, the Rodeo Club was located on the other side of the river and all lives were spared! In true Mañihualino spirit, the 2,000 survivors of the rockslide worked together to slowly rebuild their beloved pueblo, maintaining their hospitality and collaborative spirit, alive and stronger than ever. Today, Villa Mañihuales is home to a diverse community of a few thousand miners who work in the nearby Toqui mine, farmers, sons of pioneers, park rangers and foresters. It is a community with several active associations and groups that get involved in the planning and management of the area, making sure that it continues to develop while preserving its important traditions and spirit of gracious hospitality to its visitors.

The floods and landslides of 1966 produced lasting repercussions for much of the Region of Aysén, changing the trajectories of several towns and cities, including Coyhaique and Puerto Aysén, and teaching all, including the region’s foresters, important lessons about ecosystem management and protection. Today, you can visit the Mañihuales Forest Reserve, right in the center of town, and learn about the responses made to protect the valuable and sensitive nature of this area. This reforestation project has helped shore up the terrains around Mañihuales, providing protection for the town and its native fauna, like huemules, pumas, foxes and condors, among others.  With such great nature as a “backyard” Villa Mañihuales has lots to offer visitors. There is great camping right in town that attracts cyclists and backpackers from all over the world. In its rivers, you will find a great abundance of rainbow and brown trout and plenty of great shoreline with public access. There are several local restaurants that offer a range of traditional fare and supermarkets for fueling up your next adventure. What’s more, the famous Rodeo Club continues to offer lots of gaucho and hauso events and celebrations, (hausos are cowboys from the central valleys of Chile), keeping the traditions of the pioneers very much alive. 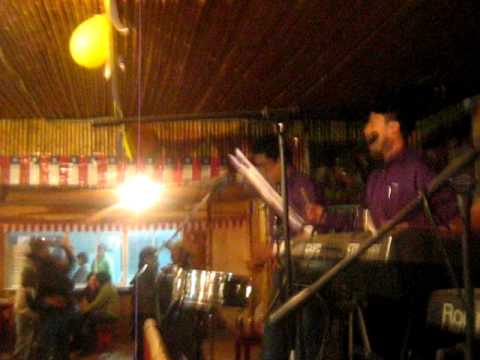 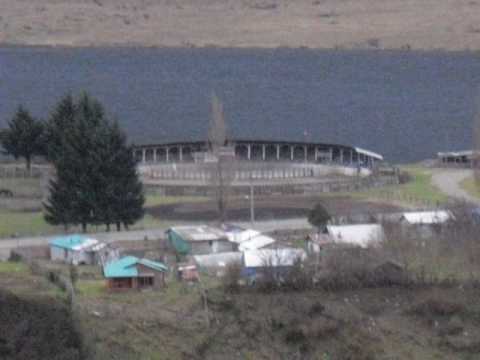 Get to know maÃ±ihualina style hospitality; itâ€™s a real lifesaver!