Enjoy these craft beers prepared with the purest waters of Chile

Imagine a tasty artisan brew featuring the pristine waters of the mountain streams flowing from the glaciers of Patagonia. Actually, there?s no need to imagine because each day the selection of small batch brews crafted in Aysén GROWS, and the water makes all the difference! Consider this your official invitation to explore Aysen?s Craft Beer Trail, flowing through the restaurants, bars, breweries and markets.

You need only four ingredients to brew a good beer: malted barley, hops, yeast and water. It seems a modest list, but there are infinite variations in the origin, form and treatment of these simple raw materials, as well as the brewing processes. The combinations produce endless versions of the tasty beverage known as “beer” and in each one you can savor the essence of the main ingredient, water. Beer consists of a 90% water, therefore, the characteristics and composition of this primary ingredient play a fundamental role in the quality of the final product.

Beer brewing requires potable, chlorine free water as its starting point. And this is where things start to get interesting; there are lots of different sources of water, for example, glacier waters, thermal mineral waters, water from mountain streams, rain water, lake water and of course, city tap water. Each one of these sources of water contains different types and amounts of salts and minerals that affect the pH, color and flavor of the beer.

The region of Aysén is the largest freshwater reservoir of Chile and also one of the cleanest.  In fact, it is still possible to drink water directly from many of the region’s tributaries. A growing number of local breweries are celebrating this unique aspect of Aysen’s heritage by utilizing local waters from the glaciers, streams and rains of their local sector to make their unique brews. These waters are characterized for having a soft character and low levels of minerals, a neutral pH and are low in nitrates.

Thanks to the amazing waters of Aysén and the creativity of entrepreneurs, you can find a wide range of exquisite handcrafted ales flowing through the restaurants, bars, breweries and markets of the region. Aysen’s Craft Beer Trail continues to grow but here’s a partial list to get you started.

These golden ales and porters are brewed in La Junta using the pristine high-mountain waters of the thawing of the Lago Rosselot National Reserve. In the Mapuche indigenous language, Mapudungun, the word Kawiñ means “a meeting or social celebration”.  The word is used in connection with the action of celebrating in nature, and respecting nature’s codes. Donald Manquenahuel, the owner and brewer, shares the goal of respecting nature’s codes by being a responsible, environment-friendly business and using Chilean malts and no additives or preservatives.

The handcrafted beers of Hopperdietzel were inspired by the heritage of Puyuhuapi, its founders and the brave pioneers who settled this sector. Their three varieties, Goldene Jahre Ale, Roter Teppich Ale and Schwarz Back Ale, are all brewed using the pure waters of the spring thaw captured in the streams of the Valley of the Cesares in the midst of the Patagonia temperate rain forests.

With seven varieties (Pale, Golden, Dark, and Pale Ales flavored with Calafate berries, Cauchao berries, Honey and Chili peppers), Finisterra Brewery is one of the older craft beers in the region and stands out for its use of spring melt waters from the Queulat Range.  The Saavedra Berndt family owns and operates the company, offering a 100% organic product brewed using German traditions. They offer guided tours of the brewery with the option to “carry out” and they distribute to local restaurants and shops.

Bravo beers are brewed with the waters from the waterfalls of Puerto Chacabuco and manufactured in Puerto Aysén. Victor Hernandez, owner of the microbrewery Bravo, explains that “in Aysén, the water is ideal for lagers because it does not contain minerals that affect their flavor”.  His most popular varieties are the Dark Lager taste with coffee and chocolate notes that perfectly complement the flavors of a lamb asado al palo. The Amber Lager is also delicious, with a bitter caramel flavor and a high alcohol content.

Campo d´Hielo Beers are offered in three varieties: Glaciar, Vertiente and Río Baker. All three are Pilsner; however, each is produced from a different source of water, producing subtle but marked differences in flavor. The Glaciar variety is brewed using glacial waters from the Exploradores Glacier.  The Vertiente variety is produced with waters from the springs of the El Claro Sector of Coyhaique. The Río Baker variety is brewed with the waters of the Baker River, the most powerful river in Chile. These waters add a special sense of power, force and rebellion to the flavor of the brew.

D’Olbek is the most popular beer brewed in Aysén, created by the family Smet d’Olbecke, which emigrated to Chilean Patagonia from Belgium in 1948.  The family decided to develop a beer that represented the culture and traditions of their country of origin, taking advantage of the quality and abundance of Patagonia’s waters. You can enjoy their excellent beer in many of the restaurants and pubs of the region as well as in their new tavern on the same grounds as the brewery.

The creator of this beer was inspired by the pioneers, the first explorers to arrive in Patagonia, and also the brave men who took charge of opening the first routes. The founder of this brand, Jourdan Cabezas, is also a pioneer, in the art of developing beers. He offers three tasty varieties, Pale Ale, Red Ale and Dark Ale.

Produced by the owners of the Mamma Gaucha restaurant in Coyhaique, varieties include Porter, IPA, and Wheat, among others. One of the favorites is the India Pale Ale, “that is bitter so it harmonizes with the idiosyncrasies of a region that also prefers to drink its yerba mate bitter,” says Frank Valdes, owner of the brand. In addition to its cultural fit, the Mama Gaucha IPA is a very good choice for pairing with pastas, pizzas and grilled lamb.

Caiquén is an artisan beer with character, strong hops and a robust body, born in the heart of the Carretera Austral, at the base of the Cerro Castillo Glacier and the Ibáñez River. Its inspiration comes from the noble spirit of the Caiquén Wild Goose that inhabits Patagonia, the unique and harsh geography that surrounds the Ibáñez Valley, and the strong, self-sufficient people of Villa Cerro Castillo. The result is a unique and authentic beer.

Dallman is a traditional German beer, brewed using the original recipe of the grandparents of the owner, Gerald Dallman. His grandfather immigrated to Patagonia along with his wife, Lilian Henriquez, a Chilean by birth. The beer is 100% craft brewed and can be found only at their farm, El Maitenal, where it is the perfect thirst-quencher after a great day of rock climbing, or as an accompaniment for an asado al palo, prepared by Gerard, who is not only the master brewer but also, the grill master. 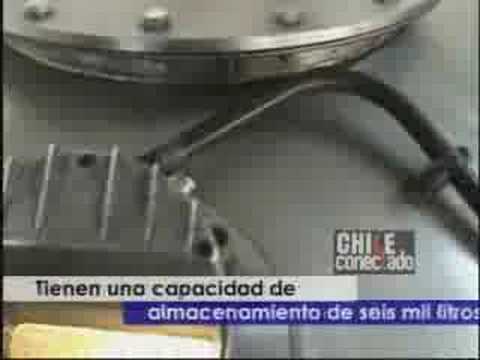 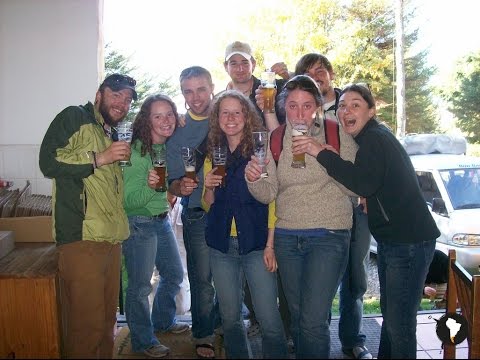 Enjoy these craft beers prepared with the purest waters of Chile

Discover local flavors in the ?picadas? of the capital

Nothing better for making one feel welcome than a generous plate of homemade food. ?Picadas? are those special local restaurants where the food is plentiful and the hosts are authentic, great ambassadors for the identity and traditional gastronomy of a place. Get ready to tour the picadas of Coyhaique, Bon appetit!