Balmaceda is sure to (almost) blow you away!

The regional airport is located just steps away from the small border town of Balmaceda. Yes, it is tiny, but its history is gigantic. Instead of spending hours waiting at the airport, leverage your last few minutes being ?blown away? by the fresh Patagonian breezes and one of the oldest settlements in the region.

In addition to being beside the airport and just paces from the Argentine border, the village of Balmaceda affords a MUCH more interesting alternative to sitting in a small-town airport waiting for a flight.  Here’s our recommendation - arrive at the Balmaceda Airport two hours in advance of your flight, march right up to the counter (because if you arrive this early, you’ll avoid the long lines that will form a bit later), check your bags and pick-up your boarding passes, and then, walk right out the front door and over to the tiny town of Balmaceda which has a lot more to offer than first meets the eye. And, if you are crossing the Huemules Pass on your way to Argentina, stop a few moments in this town before the border and enjoy a last little bit of Chile before entering the endless landscapes of the pampa!

Balmaceda was founded on January 1, 1917, by Jose Antolin Silva Ormeño. During this time in history, the divisions between Chilean and Argentinean Patagonia were becoming much more concrete and there was a lot of pressure for Chilean nationals who had been living, informally, in Argentina, to return to Chilean soils. Silva sought to provide a refuge for Chilean citizens who had been living in the Argentine province of Chubut, and wanted to return home; thus, he created one of the first settlements of the Aysén region, right across the Huemul border crossing, just meters across the border.

Silva’s legacy is all around you in Balmaceda.

For example, as you walk around Balmaceda you’ll see several of the older houses that appear distinct from the typical architecture of Coyhaique and other areas of Aysén. While they include elements of Chilean architecture, like tejuelas, they also incorporate a clear Argentine influence, like the use of adobe and bricks. And when you arrive at the recently renovated Plaza of Arms, take a look at the monument named, “The image of a Visionary”, which honors Silva. Don’t be alarmed if you hear an eerie hiss; the monument was designed with a unique system of pipes that produce a whistling noise when the wind fills them with wind. And as you will quickly notice, the wind never stops blowing in Balmaceda, so the whistling pays a constant tribute. There is another sector of the square dedicated to the ferocious Patagonia “breezes”; this time with a series of artistic mobiles that all come to life with the near constancy of winds.

To learn more about Silva and the history of the village, visit the local library and Museum of the Pioneers. Located next to the plaza, this is the place to discover the legacy of the first settlers who arrived in the region of Aysén, via a fantastic photography collection and an array of other artifacts. Often, there are also some living exhibits at the museum; long-time residents who are more than happy to share a few stories with interested visitors, before grabbing a new book or checking their email.

After a walk around, stop in one of the great little snack bars or restaurants in town for a quick bite. In the Rincón De Mirna (Mackenna 832), you’ll be served by owner Mirna Echaveguren, who offers a daily lunch special and homemade food. At the “Fast and Rich” Restaurant, located in the C block of the Vientos del Sur neighborhood, Señora Ruth Vera serves delicious sandwiches, like beef churrasco or ham and cheese, on homemade bread.  Both Señora Mirna and Señora Ruth will be happy to share stories about their tiny village as they prepare a farewell snack. 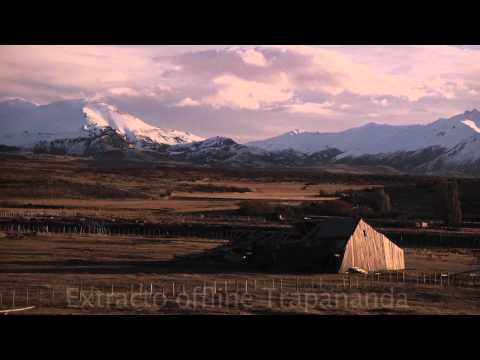 Balmaceda is sure to (almost) blow you away!

It?s not necessary to travel hours from the city to get to know the natural beauties of Patagonia. The Coyhaique National Reserve is located just a few minutes from the regional capital, with 200 year old forests of lenga and more than 12 kilometers of trails, for every level and taste.