In Jeinimeni you can walk in the footsteps of ancient nomads

In addition to inspiring geography, one of the best kept secrets of Lago Jeinimeni National Reserve is its important archaeological registry. Evidence has shown that the Jeinimeni plains were frequented ancient groups of hunter - gatherers who moved through the sectors near Chile Chico, Chile, and Los Antiguos, Argentina. Without the modern-day concepts of ?borders?; for these ancient groups, Patagonia was a single area and very different from today.

The nomadic groups, which moved throughout Patagonia in ancient times were surrounded by strange and fascinating landscapes, very much different from today. There was still a significant glacial presence in this area and as the ices receded, the lake’s expanse grew. Most of the lower planes you see now would have been under water in this era. In addition, there were huge eruptions of Volcano Hudson, both 3,600 and 6700 years ago that were accompanied by tremendous distributions of volcanic ash that greatly impacted the entire area surrounding Chile Chico.

The history of these extinct hunter-gatherer tribes is still being discovered, thanks to the advances of a handful of archaeologists who are attempting to decipher their existence via crude artifacts and paintings on the walls of area caves and cliffs. One of these scientists is Dr. Francisco Mena, an expert on Aysen’s archeology, who works for the Center for Patagonian Ecosystem Investigation (www.ciep.cl), in Coyhaique, and has passionately devoted more than 30 years to unraveling the mysteries of the primitive cultures that originally inhabited these landscapes.

Dr. Mena and his colleagues have evidence that at least 11,000 years ago, at the end of the last Ice Age, there was human existence in this part of the world and the cave paintings in the area indicate that there was nomadic activity as recently as 8,000 years ago. The strange thing is that when the pioneers arrived in this area in the early twentieth century, there was almost no indigenous presence.

So, what happened during the thousands of years in between?

It appears that indigenous people almost never ventured through these lands during recent centuries and the grand mystery of “why” is what has occupied the professional life of Mena, and many other archaeologists throughout Chile and the world. What IS known is that these ancient groups left traces of their presence all around the sectors of Chile Chico and Jeinimeni. Although they were not rural farmers, and did not leave behind huge monuments or ruins, their constant nomadic movements as hunters led to a large quantity of “evidence”, including handmade tools (arrowheads, flakes and blades), former campsites (animal bones and ashes from campfires), graves marked by piled river rock, referred to as “chenques” and, of course, rock paintings.

You can spend a few hours recreating the nomadic advances of these primitive hunter – gatherers in the Jeinimeni National Reserve. You’ll need to travel 25 km south from Chile Chico on Route X-753, which you’ll encounter approximately 1.7 km past the giant hand that marks the exit of the downtown area. There is a discreet sign in the small parking area indicating the trail-head, the route, and the approximate walking times, depending on the route you intend to walk.  We suggest you add a bit more to these estimates because most of the spots are worth taking extra time to photograph and contemplate.

What should you do if you find an arrowhead, a fossil, or some other artifact?

Dr. Francisco Mena advises, “Ideally an archaeological object should not be removed from its original location because the relationship of the artifact, in relation with other objects and with the environmental context provides the information we need to begin to understand the history of early Patagonian hunter-gatherers (or other ancient peoples).  This is particularly important in areas like Patagonia and Jeinimeni, where the evidence we have is relatively limited. If you or someone you know discovers an archaeological site or object, you should leave it as it is, note the geographic location with the most precision possible (a GPS point is ideal) and provide this information to the nearest academic institution (in Chile Chico, the community museum or library), which will assume the responsibility for coordinating further study by authorized personnel and experts.”

In accordance with the Law of National Monuments (N° 17,288), all archaeological artifacts are the Government property; possession, marketing, destroying or altering an artifact in any way is punishable under this law.

The Trail to the Cave of the Hands, the Rock Tower, and the Valley of the Moon

It’s easy to imagine that this sector was a favorite for early Patagonians, based on the rock art paintings you will pass and the immense presence of unique and colorful rock formations. In fact, one of the characteristics of this sector, in contrast to other remote valleys, is the availability of a great variety and quality of rocks for making the typical indigenous tools.  It is quite possible that the original inhabitants took advantage of this splendid spot to stock up on quality raw materials that couldn’t be found in other places.

Your first major indication of nomadic presence along the trail is the Cave of the Hands (Cueva de Las Manos), along the left side in the Pedregoso Stream sector. The cave consists of a rock wall positioned under an overhang with rock art paintings. Unfortunately, the paintings are not in good condition, as a result of vandalism that has occurred in recent decades. The manifestations are characteristic of the style of rock art called Patagonica, and is the most ancient of all South America’s identified styles. The most well-known representations of the Patagonica style are hands, guanacos and abstract geometric symbols, called grecas.  The basic features and style of these paintings has remained unchanged for millenniums. Dr. Mena has shared that some of the paintings on the walls of the Cave of the Hands indicate a human presence in the area, approximately eight thousand years ago, although there have been no carbon-dating studies to date. He adds that based on research conducted in nearby sectors, it is not unlikely that men and women first hiked among these landscapes, ten thousand or more years ago.

The trail continues toward the west for approximately one km, where you see a huge stone totem sticking out of the ground, as if a giant had come along and driven it into the ground. This mysterious Rock Tower is called the “Piedra Enclavada”, an enormous and solitary volcanic rock, well-polished by the strong winds that blow through this area of the pampa, giving it a curious form that is a monumental 40 meters high and three meters in diameter.

After a few more kilometers, you’ll reach the summit, which according to many is the highlight of the tour. You’ll have a spectacular view of General Carrera Lake, which appears bluer than ever from a birds-eye view, spread out amongst the arid, wind-swept pampa grasses. It’s an excellent spot to pause and contemplate how different this dynamic environment must have appeared for the first persons to reach this summit.

As you make your descent, you’ll encounter the strange Valley of the Moon Sector, which is named for the white color of the rocks that appear similar to the surface of the moon. From here, strong winds will accompany you on the rest of the loop, a fitting backdrop for one of the loneliest and most secluded panoramas in the region of Aysén. 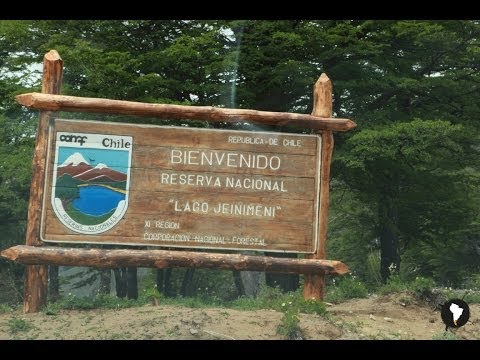 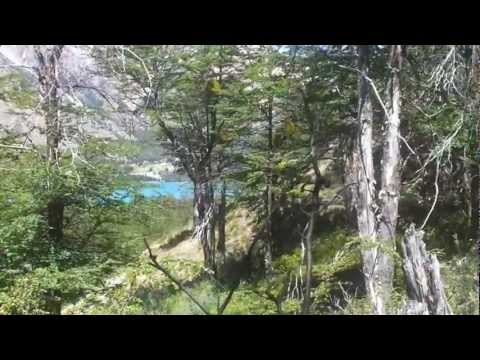 In Jeinimeni you can walk in the footsteps of ancient nomads

The route to the Jeinimeni National Reserve

This 45 km country road connecting Villa Cerro Castillo and Puerto Ingeniero Ibáñez, is one of the best kept secrets of the Chelenko Area. Grab your camera and a fishing pole and head to the beautiful landscapes of the Ardillas Route for a great 1/2 day of car or bike touring.