In the course of a few hours, Puerto Cisnes will fill your senses with tastes, sights, sounds and textures. Meander through coastal landscapes, walk along the beaches, sample local flavors and be amazed by the sounds of an orchestra of frogs and toads in the evening. This self-guided tour will help you learn your way around.

Puerto Cisnes is called “the pearl of the littoral” and it is truly a coastal gem; ferns grow like weeds in the courtyards of the houses, the hills are covered with lush native forest, the sea and the beaches reflect the peaceful, laid-back attitude of the inhabitants. It is the perfect combination to create a unique and spectacular landscape, located on the shores of the spectacular Puyuhuapi fjord.  You’ll find this pearl via a brief detour from the Carretera Austral or if you prefer, you can arrive by sea aboard the ferries of Naviera Austral.

Puerto Cisnes is home for around 2,500 inhabitants and nestled between two National Parks: Queulat and Magdalena Island, making it a great base from which to organize your visits to both parks. Get to know this great town and some of its stories in this fun walking tour.

The ideal place to start is walking up the short Virgin of the Roses Trail, where you will be treated to excellent views of the city. Walk north from the plaza to find the trail-head at the end of Sotomayor Street. It is very well maintained with an entry portal and steps that take you up to the virgin. The stature of the Virgin of the Roses was brought to Puerto Cisnes by former mayor Eugenia Pirzio-Birolli, who immigrated to the area in 1957 from Italy, and was mayor for many years. Her fans emphasize her interest in nature preservation and the rights of those most in need.

The Municipal Public Library, located on the west side of the Plaza de Arms, is also worth a visit. It is a wooden building with a striking facade of columns and a carvings representing the struggle between good and evil. It was designed with a Greco-roman aesthetic by the renowned Italian-Chilean architect, Vittorio di Girolamo and constructed by local craftsmen and carpenters. Inside you’ll find more than books, there are also exhibits of historic photos and documents that highlight the important role that mayor Pirzio-Birolli has played in this town and the area. The exhibit also features the community supported work of Father Antonio Ronchi, a missionary who contributed to pueblos throughout the Region of Aysén, whose legacy is undeniable, and whose memory is celebrated by hundreds of persons in the region who knew and loved his unique personality and style.

Next you can stroll along the urban trail that connects the two sides of Puerto Cisnes along a beautiful urban trail crossing the picturesque hanging bridge over the San Luis River. The trail winds through the forests that surround the town, comprised of giant trees like coigüe, arrayanes, lumas, tepas and canelos. At the end of this trail, you can descend in the direction of the sea until you arrive at the waterfront (Avenida Arturo Prat), where the port’s fleet of boats rests to your left. If you are interested in navigating to visit the Isla Magdalena National Park or nearby islands, this is the place to contract your captain.

From here, you can continue walking south along Arturo Prat Avenue along the original overland route between the Carretera Austral and Puerto Cisnes. As you meander, you’ll soon pass a series of narrow curves where the forest comes down to the road.  In this sector, during the final hour of almost every day, a countless number of local frogs and toads, including grand Chilean frogs, tree frogs, and striped frogs, join forces with the sounds of the nearby ocean to create an incredible natural orchestra. If you’re curious, head back at dusk to enjoy a free symphony, in Patagonian coastal style.

One kilometer south of town, along Arturo Prat Avenue (Route X-24), you’ll reach the Las Truchas Beach,   which is open for swimming between 10:00 and the 20:00 during the summer months, and monitored by the Maritime Authority. It borders a protected cove, with views of the port and town, and is a beautiful place for picnics and camping. There is a wetland nearby which hosts local geese, called caiquénes and various kinds of ducks, ideal for bird watching fans.

Without doubt, a great way to finish your tour of Puerto Cisnes is with a visit to Finisterra, (www.cervezafinisterra.cl), an artisan brewery located near the plaza, at #297 José María Caro Street. With seven varieties of beer: pale ale, golden ale, dark ale, and pale ales flavored with calafate, cauchao (the fruit of the Luma tree), honey or aji chili peppers, all 100% organic and made with water from waterfalls in the Queulat watershed. The brewery offers guided tours and tastings or you can enjoy its brews in local restaurants and shops around town. 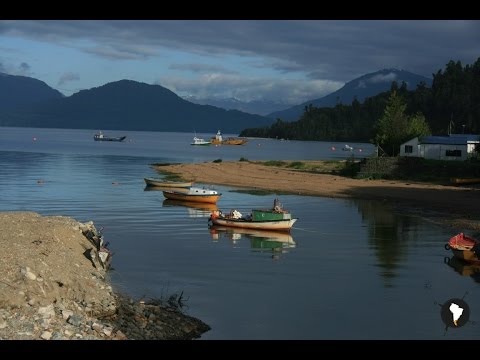 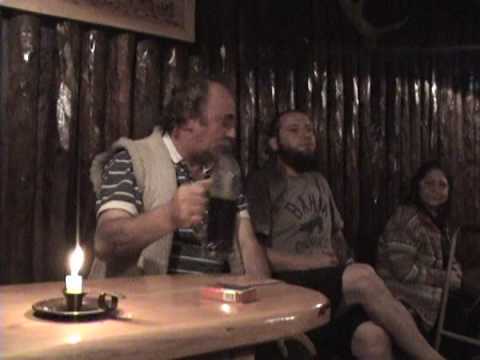 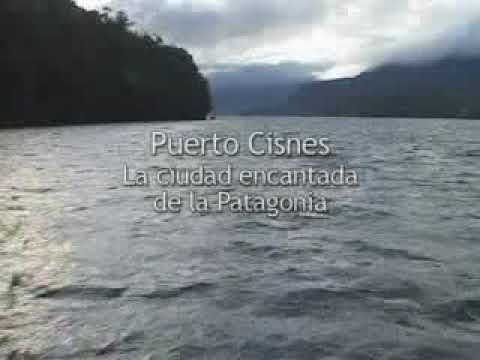 Bring an appetite when you visit the capital of Merluza Austral!

Each year during the last weekend in January the town of Puerto Cisnes celebrates the Fiesta del Pesca?o Frito ? a Patagonia style version of a giant fish-fry. Thousands of visitors pour into town during this three-day festival, ready to enjoy great music, fun local customs and of course, delicious Merluza Austral (Southern Hake), an icon of the fjords and channels of Aysén.